Get accepted as a speaker overseas … tick!  Don’t actually, physically die in the process … tick!  The only way to become good at something is to practice it over and over right?

So the UK had their first SharePoint Saturday ever!

They had an amazing turn out of nearly 400 people!  Brett Lonsdale, Mark Macrae and Tony Pounder were the organisers. Tony made a great doorman seeing as the hotel wouldn’t let them put up a registration table, (sis Hilton).  Lightning Tools were the main dudes sponsoring this event, well done team.

They treated the speakers to simply the best meal I’ve ever had at Picolinos in Birmingham, I still dream about that sea bass.  The service in the restaurant was really something! … or maybe it was just the really hot host, I’m moving to Italy. Very hip and happening area we went to, lots of cool bars and restaurants. Saw some of they most stylish and attractive people I’ve ever seen anywhere in the world!

Got to hang out with Andy Dale and Frank from Office Talk.  They are the creators of the SharePoint Village.  Register your company and become one of the Village People!  Great to see South Africa represented in the user group section.  Information Worker rocks! Andy ordered tea, and got it with a timer!  This entertained us no end.

Also met Clare Stone and Ryan Wheeler from Pentalogic.  We’ve been speaking for months in cyberspace.  They very kindly offered to put me up for the evening and treat me.  Changed plans at the last minute so I’ll have to go up again to take them up on their lovely offer.

Brett made the opening and closes speeches.  The list of speakers was impressive to say the least!

Brett’s hardware become an unending topic of discussion, that’s some equipment you have there buddy. 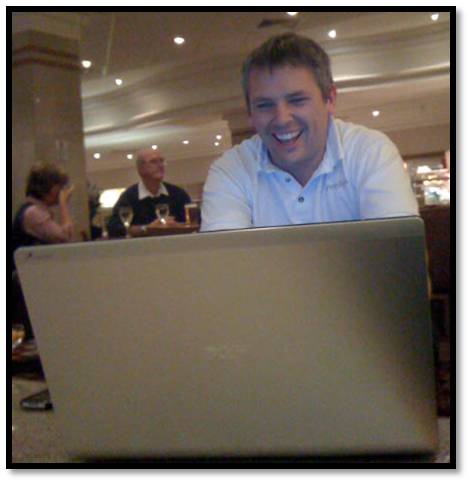 Sessions I attended were The Art of SharePoint Success by Symon Garfield; SharePoint Branding by Sam Dolan; Information Architecture with SharePoint 2010 by Paul Swider; and Planning Roles and Salaries for 2010 Professionals by John Timney.

John’s session is something to look for in future.  He can’t publish the slides yet because it has to be presented at 2 other conferences first, but the research that has gone into them is extensive!  It’s sure to cause rumble in the industry and is long overdue.  He’s identified a whole lot of SharePoint job descriptions, as well as the salaries they are earning in the UK.  I think it would be great if we could benchmark the entire industry to bring some order to the recruiting chaos that’s happening right now. 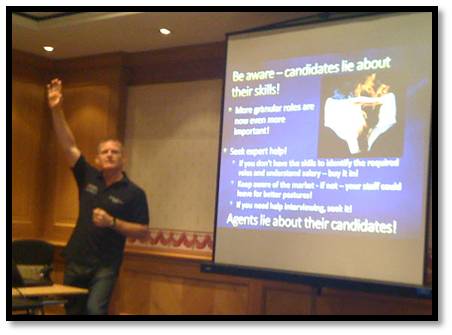 My session on SharePoint Governance and Evangelism encouraged alot of questions.  You know that thing called payback?  Ok so I got some.  Everything I said was put onto Twitter, and taken very literally.  What did I learn?  Think before you speak! Hehe.  But the feedback I got really helped. Turns out common sayings we have in SA don’t quite translate … funny that. I’ve immediately adjusted my presentation for the Singapore conference.   I’ve done some research on etiquette in Asian countries, so I’m better prepared now.  So hopefully I won’t get anymore comments about our lack of command of the English language, ouch! 😀 But thanks for the great blog anyway Ben.

Ask the Experts followed at the end of the day, with all the speakers around to answer questions.

The day was closed with a ton of awesome give-aways.  Hardly a person walked away without something.  The biggest prize was an MSDN license worth a fortune donated by Dave Hunter. Nice one. 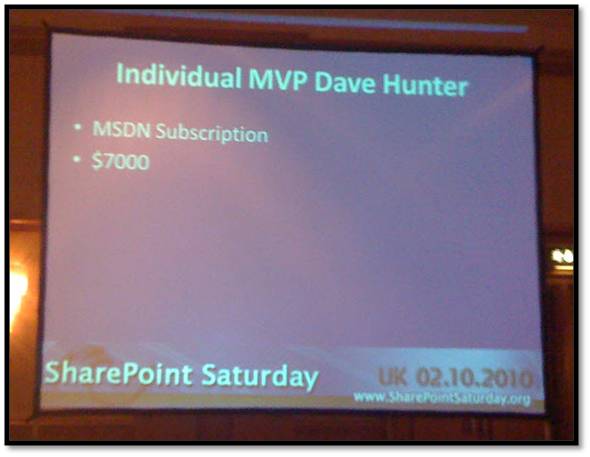 The day ended with SharePint of course, followed by ShareCurry. Thanks to Matt Groves and James Fisk for playing Ministers of Transport!

The hardcore jetsetters were there of course, I learnt a thing or two about packing skills that will be the subject of a whole other blog!

Some of these photos were supplied by Mark Miller, thanks Mark for documenting the day!

And that was that!  A good day was had by all!  Been there, done that, got the tshirt!!

Met some really incredible people, saw some cool things, learnt alot from the gang, had a great time!  I’ll be back for sure.  Special thanks to Dave Coleman for introducing me to Brett in the first place, I wouldn’t have been there if it wasn’t for him.

So now I’ve attended SharePoint Saturday Baltimore and UK, and attending ours in Cape Town next week.  Eager to see the differences between the 3 continents.