Today is my 10 year SharePoint anniversary!  Where did the time go….?  What a journey it has been.  You know how sometimes you wonder if you are on the right path, or imagine that you should be somewhere else?  I’m a serial bush baby and nature lover, so I assumed that I would only be thriving and happy when I own a nature reserve and lodge.

But you know, the Universe is a funny little place.  It opens and closes doors for you when you are on the right or wrong path. I was not convinced for a long time that I should be “doing SharePoint”, but when you take a step back and look at what’s been achieved over 10 years, you can only believe that I am indeed right where I am meant to be.  What an honour to be part of this incredible global community and a privilege to run a business that keeps and grows talent in this country. And you know, after 10 years full-time on this platform, I still learn something new every single day and I don’t know it all by a long shot.

Just under 3 years later, started a SharePoint adoption business.  My business is now over 7 years old and in that time…

Also a finalist in :

While I am proud of all the awards I’ve won, I think I am the most proud to be listed as one of South Africa’s Top 20 businesses within 7 years of starting my business, because the playing field was leveled and I was up against every industry out there, not just IT.  We made Top 20 out of 6509 candidates.   That, and being able to take leave and not check emails and still have a company to come home to. 🙂

Not bad for an ex Project Administrator with her first business huh.  I was 40 years old when I started this business after being a PA for 20 years.  Anything is possible, anything. 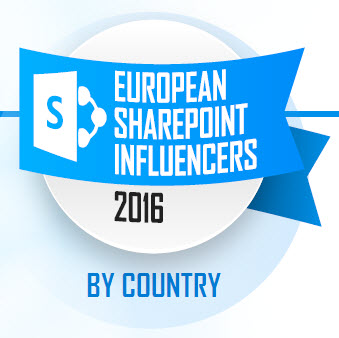