Has anyone ever called you fat?  Stupid? Ugly? Even just once?  How did it make you feel? Imagine someone told you this 24 times a day, every day, for years.  How would you be feeling about yourself after a week, never mind a couple of years.

Imagine I told you that you lived in a dangerous place, that everyone was out to get you, that the world is filled with hate, everybody wants to kill or hurt you, that there is not enough of anything for anybody, that you are unable to take care of yourself so the government better do it for you?  Imagine I told you that 24 times a day, every day, for years. What would your home look like?  How would you be regarding your fellow man?

It has been going on for decades.  The result – well, just look at the world around us. Fighting, killing, genocide; unhappy, desperate people; a decimated planet. If mainstream media is to be believed, there is not one piece of good anywhere on the planet.

And is that true?  No, it’s not.  Every single day, millions of acts of random kindness are performed.  People give their lives selflessly to save another.  People restoring nature back to its former glory, healing people, feeding the starving, housing the homeless, helping a friend, rescuing animals, cleaning up rubbish. Do we ever hear about these? No. What if the world wasn’t quite as dangerous as the media portrays it to be? What if we only focussed on good news for a day, week, month, year, decade? How would our world look then?  What would happen if you refused to listen to another news broadcast, read another newspaper or pole advert from mainstream media? Do a mind detox for a week and see how you feel.  You don’t eat junk food all day every day do you? Why not take as much care about what you feed your heart and brain?

No-one can change anyone else, you can only change yourself.  And that’s enough. 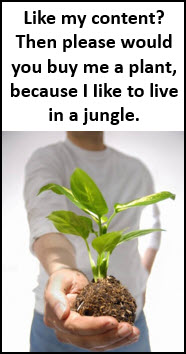