The SharePoint Community kindly invited me to do a chat on end user training. The time flew so fast that I didn’t get to address all the questions posed.  This is a follow up to the ones I missed :

It’s only effective if the production sites the users will work on have the same branding, otherwise there’s little point.  The type of branding has an impact on the overall adoption.  A lot of branding takes out default functionality that end users need to get their jobs done. That just causes more issues down the line.

Robin Witcher “What recommendations do you have for training users who’ve been on an older version (2007) and are now going to be on (2013)?”

It’s such a jump from between those two versions.  The huge improvements in social mean a totally new way of thinking.  It would require a good marketing and communication program to get users excited about what 2013 can do and why it will make their jobs easier. We must remember that end users don’t care what the technology is, they just want to get the job done.  Always focus on how 2013 will enable them to do that better.

Hugh Wood “We have various training organisations in the UK with classrooms in a box which are sold to companies for a large amount of money, these are performed by people with no SP expertise and I see many shortcuts taken and poor training given. Thank you. (Possibly the cause to many bad previous experiences with SP)”

There is nothing wrong with the boxed training, some of it is very good, (some not so good). But think about what we’re asking people to do here.  We’re asking them to go learn a whole new technology, one that can completely change their lives and the way the organisation functions – and we’re telling them to do that by watching some videos?  If there’s no other communication and positioning around it, why on earth would they bother? I know I wouldn’t…

It is unfortunate that people are trying to milk the machine and it’s very difficult for clients to separate the good from the bad. We need to teach clients how to ask the right questions so the industry can be cleaned up.  We all know how small the SharePoint world is though, you take a huge risk being anything less than highly ethical.  The wheel will turn eventually.

ieDaddy “You said “IT helpdesks seldom support SharePoint needs”, or that trainers leave the user manuals behind and take off – so what have you found are the most effective methods for supporting end-users after the training class is over and they need support with real work scenarios?”

You need a whole strategy around implementing SharePoint, and support is a big part of that.  There’s no point in putting a training plan in place if the support plan hasn’t been defined and established.  If the training is conducted successfully, the users will adopt SharePoint and they’re going to need support.  The helpdesk must be ready for that, but I’ve yet to see a company upskill a helpdesk.

That’s why I say traditional IT helpdesks seldom work, especially in big companies.  And really, is it feasible to upskill helpdesk people in every single technology they field calls for? That’s not how it works, usually they’re call routers.  But a user doesn’t want  reference number and be told to wait 3 days just to add another field to a column.  Also, most helpdesks are all about the stats, not really helping people, so calls just get closed and users asked to rate service instead of actually being assisted.

It would be better if there was an interim helpdesk that Site Collection Admins could manage themselves and also then track call types to determine bottlenecks to be addressed.  A model like this also takes the load off the IT helpdesk.

The best it to have a dedicated SharePoint evangelist (in business) to floor walk and support users; a ‘by the business for the business’ type of thing.  Over time more people will step up and embrace the technology because it really is very cool, but it does take time.  In the meantime, you need at least one person carrying the flag in business.

You also need a dedicated evangelism site with all the supporting training materials, FAQ’s, videos, etc to empower users to self-service.

Ramiro Rincón Barraza “Hi V! Q: About the people who “rejects the change” in SP training sessions: How did you deal with them?”

You won’t get everybody.  Start with the ones that are keen to embrace change and leave the people most resistant to the end.  Sometimes peer pressure takes over and they will be forced to embrace it down the line.  But some people never will.  And that’s ok.

In closing – please remember that it’s not about technology, it’s about people. To quote Tracy, technology doesn’t solve problems, people solve problems. When getting people to adopt a new technology, just throwing more technology in an impersonal manner at them is not going to help.  Technology and learning is scary for most people.

What is a good training plan?

One where you get back to basics and get face-time with people, genuinely care about them, empower them to help themselves, address concerns they have, allay fears about ‘dumb questions’, put what they’re learning in context to their jobs, offer them a safe place to learn, encourage them to take ownership of their jobs and SharePoint, help them understand their role in the bigger picture, inspire them to reach for more, be the best they can be thereby improving the whole company.  And where you remember that you’re changing lives here, one person at a time. How is a video going to do that? 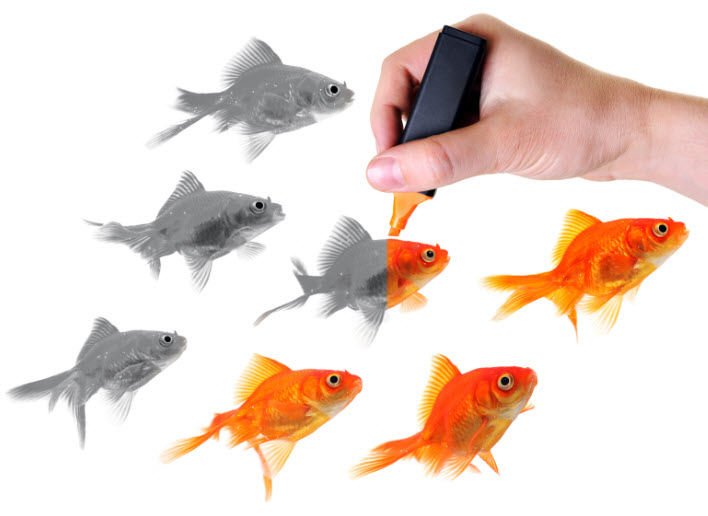